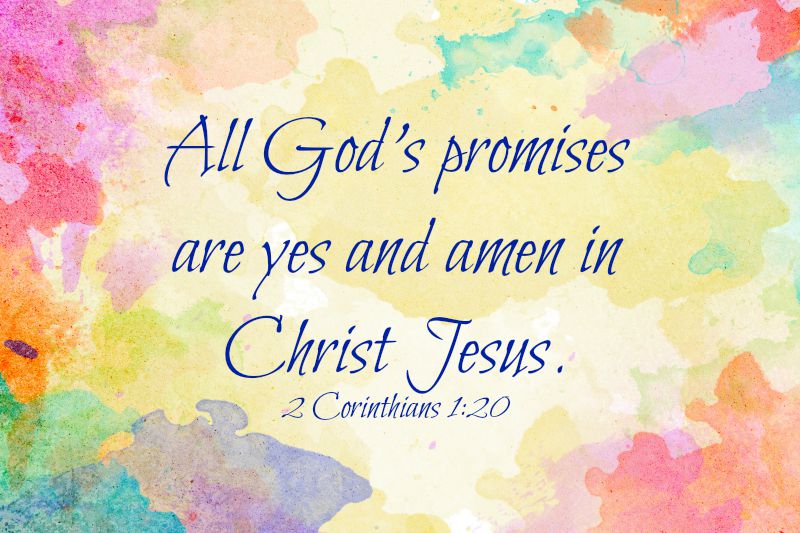 Let me tell you about the time God told me to name it and claim it.

It was 1:30 a.m. Since that is a time I’m usually sound asleep, I had to ask: “God, is there something you’d like to tell me? Is there someone for whom I should pray?” The very next thought on my mind was, “(I am) the God who gives life to the dead and calls things that are not as though they were.”

I knew that verse — Romans 4:17 — a passage about Abraham and faith. It’s a passage of how Abraham received God’s promise because he believed God amidst seemingly insurmountable circumstances.

I knew why God was speaking it to me.

Ten days prior, God had moved in a miraculous way in the life of someone I love. He was fulfilling a promise He’d made two and half years earlier. Through a specific passage of Scripture, God had said: “She will arise from the depression and prostration in which circumstances have kept her. She will rise to a new life. She will shine and be radiant with the glory of the Lord” (Isaiah 60:1 AMP – paraphrase mine).

The miracle we’d just witnessed was part of that promise. But almost immediately, she began to feel overwhelmed. As a result, she headed down a path of self-loathing and self-defeat. The thoughts in my mind were also becoming negative. I was headed to unbelief, but the sense in my heart was stronger: Don’t go there!  No matter what I saw, I was to believe the words of truth. Instead of dwelling on negative thoughts and speaking words according to what I was seeing and feeling, I was to speak and cling to what God had promised.

God wanted me to name it — to speak the promise, calling what wasn’t as though it were.

He wanted me to claim it — to believe Him for it.

I’m not sure why this felt so radical. It’s biblical:

“Against all hope, Abraham believed and so became the father of many nations, just as it had been said to him…he did not waiver through unbelief regarding the promise of God; but was strengthened in his faith and gave glory to God, being fully persuaded that God had power to do what He had promised” (Romans 4:18-21).

God has given us a lot of promises. They reveal an inheritance He says we can have now. This is Way #11 of 52 Ways to Glorify God:

Name and claim the promises of God.

Why wouldn’t we? God has said:

We take the promises of God and say “Yes,” I believe it; “So be it,” I will have it. Consider this promise:“If anyone lacks wisdom, he should ask God, who gives generously to all without finding fault, and it will be given to him. But when he asks, he must believe and not doubt” (James 1:5-6).

God’s wisdom is available to you. You simply have to ask and believe Him for it. In other words, as with all of God’s promises, you need to name it, and in faith, claim it!

Father, help us to be fully persuaded that You can and will do what You have promised.