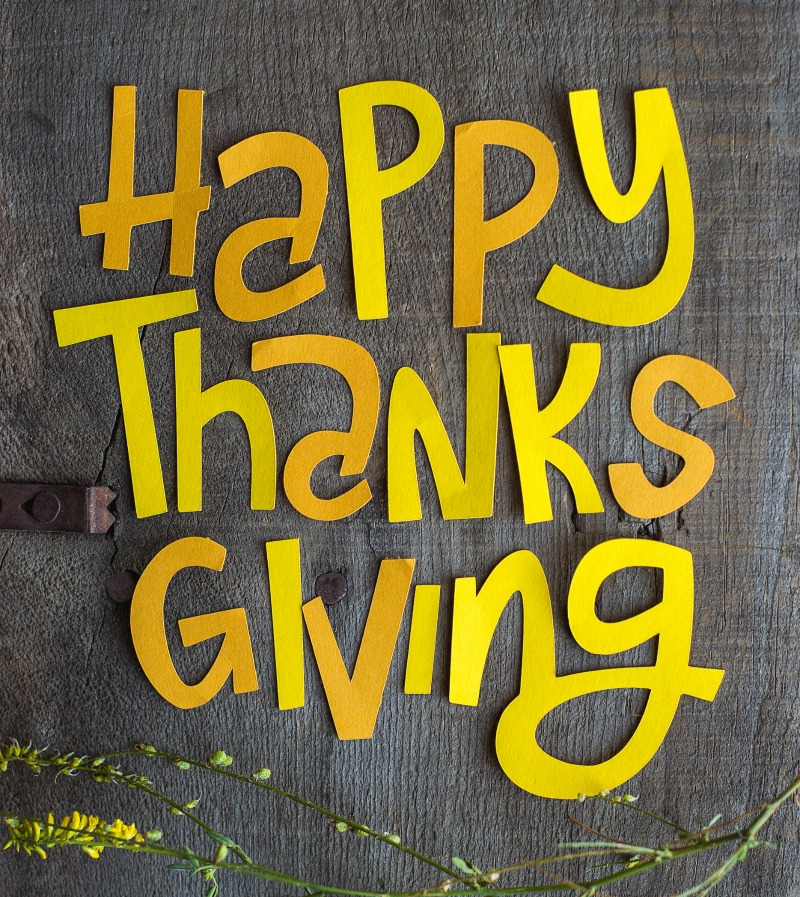 I likely repeated that one phrase more often than any other while raising our kids. Sometimes it was a prompt for “I’m sorry.”  Most of the time it was a reminder that “Thank you” was due to someone.

As I sit here this Thanksgiving morning, I’m strongly reminded that “Thank you” is due Someone. Thank you is always due Him. And while I’ve spent time being thankful for many things, I hadn’t put my thanks into specific statements of “Thank you” to God. Psalm 92:1 says,

“It is good to give thanks to the Lord.”

It also could read:  It is good to say thank you to God.

As each of us trained our kids, let us put into practice ourselves.

So I started a list of specific thank you’s the Lord. The list grew quite long — for which I’m thankful. Halfway through I even started an alphabetical list, saying thank you for specific things using words that we began with each letter of the alphabet. (If kids can do it, so can we.)

Then I got to the letter J.  And all the other words and the letters they represented fell in line behind the J word:

Father, thank you for Jesus.

“God made Him who had no sin to be sin for us, so that in Him we might become the righteousness of God” (2 Corinthians 5:21).

From this one fact should flow an unending stream of thank you’s to God. Jesus, who knew no sin — who’d never sinned – became sin, took on the weight and consequence of our sin, so that in Him, we might become the righteousness of God. Because of Jesus:

We are right with God.

We have peace with God and stand clothed in Christ’s righteousness before God.

We are indwelt by God, can continually dwell in the presence of God, and can be kept from sin by Almighty God.

The people of God have more cause for thanksgiving than any other people on earth!

As my list grew, I noticed an interesting fact, an obvious omission.  My list was all things I viewed as blessings, things I considered “good.”  There wasn’t a single thank you for something I wish wasn’t. Not one thing for which, if given the power, I would change in an instant.

What about those things? What about the command to give thanks in everything? (1 Thessalonians 5:18).  Once again I thought of Jesus. Everything we have in Christ is because Jesus paid His very life for us to have it. And just before doing so, He gave thanks:

“While they were eating, Jesus took the bread, gave thanks and broke it, and gave it to His disciples, saying: “Take and eat, this is My body’” (Matthew 26:26).

With the agony of the cross before Him,

while revealing that Judas would betray Him,

just before telling Peter he would deny Him,

While breaking the bread and sharing cup – the cup that represented the cup he would shortly ask to have taken from Him – Jesus gave thanks.

Could the very thing we’ve been grumbling about be the primary thing for which we can give thanks on this Thanksgiving Day?

Give thanks with a grateful heart.

Give thanks to the Holy One.

Give thanks because He’s given Jesus Christ, His Son.