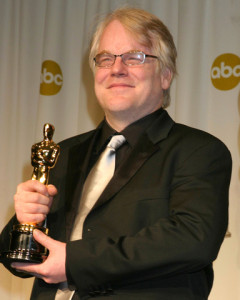 I heard the news of Phillip Seymour Hoffman’s death upon waking from a very “hard” Sunday afternoon nap. The news hit me hard, and that surprised me. I recognized his face, but I couldn’t have told you his name. Not because he isn’t incredibly well-known, but because I’m uninformed where actors are concerned.

Through the afternoon, I watched as the news coverage highlighted his impressive and extensive resume of accomplishments. Many are calling him a star among the stars. It appears he was a wonderful friend and father as well.

A lot will be reported about Mr. Hoffman in the days ahead, his successes as well as his struggles. Yet, one question keeps running through my mind: Did he know Jesus?

More news came Sunday evening. A young man, someone I had the pleasure of meeting not long ago, had died. The cause of his death appears to be the same as that of Mr. Hoffman. The question arose in my mind, and even more deeply in my heart than it had earlier that day: Did he know Jesus? I can’t answer that question for either of these men. I don’t know.

Did either know that Jesus came to set the captives free? Did they know that through His death and resurrection on the cross, “God did what the Law could not do. Sending His own Son in the guise of sinful flesh and as an offering for sin, [God] condemned sin in the flesh — subdued, overcame, deprived it of its power [over all who could accept that sacrifice]” (Romans 8:3 from the Amplified Bible).

Did they know there was a Sacrifice they could accept? Did they know that through a relationship with Jesus His righteous and holy life would be released to flow through them, doing for them what none of us can do for ourselves – subdue, overcome and deprive sin of its power?

We desperately need to know Jesus.