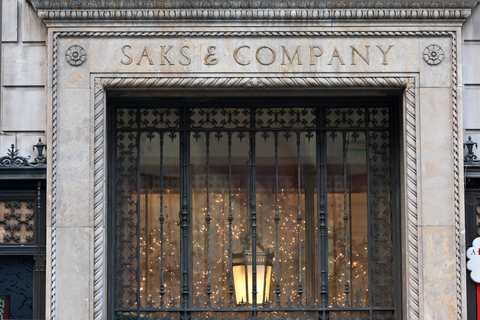 She worked at the Dior makeup counter of Saks Fifth Avenue in New York City. Saks is not a place I frequent. Her testimony and the story she shared aren’t ones I hear every day. She’d battled cancer four times – and won. How? Her exact words were:

The ice was broken, the door was opened and a beautiful conversation ensued. After sharing her incredible story, she told me about a young man she met on the subway. Pointing to the Bible in her lap, he had said, “He’s awesome!”  “I know,” she replied. He continued by sharing his God story. Unemployed and without money, he’d stood just feet away from a young woman outside the door of her townhouse. He’d followed her home. He planned to rob her. The clanging of her keys revealed that her hand was trembling. She knew why he was there. Ready to approach, he was suddenly halted by a voice. Not just any voice; he heard the voice of God:

“If you will pass by this opportunity, I have something better I will give you.”

He paused. He listened. He heeded. He passed it by. “Today,” he told her, “I own my own business.”

I’ve been pondering the specific words God spoke to him: “If you will pass by this opportunity, I have something better I will give you.” Three years ago today, I had the opportunity to be overcome with despair. I had the opportunity to tell God, “You’re not doing what You say You will do.” By the literal and powerful grace of God, I passed by that opportunity. God had something better to give me too. He had more of Himself to reveal and share with me. He had an incredible measure of His grace to shower on me.

Don’t we have this opportunity every day?

We can “pass by” the anger, the offense, the frustration and irritation.

We can “pass by” the words of disguised gossip that form on our lips or the negative thoughts that stand poised and ready to pounce on our minds.

We can “pass by” the desire to quit praying because we’d rather give up than keep believing.

We can “pass by” all manner of unbelief and choose instead to take God at His Word, to trust in and wait on what He has said He will do.

And isn’t God saying to us each time: “I have something better I will give you”?

In fact, the Word of God says:

“Now all glory to God, who is able, through His mighty power at work within us, to accomplish infinitely more than we might ask or think.” Ephesians 3:20

This power and the immeasurably more that comes from it are ours as we yield to and obey God. God says repeatedly: obedience brings blessing. As this man experienced, we often have no idea of the immeasurable extent of the blessing that awaits us when we yield to the voice and Word of God.

Today, I am thankful for the innumerable “something betters” that follow every time I choose to obey God and His Word. I’m also mindful of the choices this day presents. The choice to seize upon or pass by the thoughts and emotions headed to disappointment, impatience, frustration and unbelief. I’m thankful I can choose to pass them by. I’m thankful to know from experience that God always has something better to give.